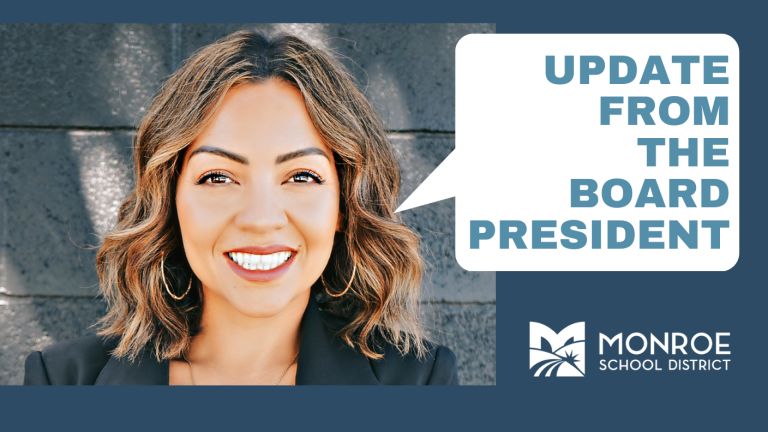 At tonight's school board meeting, board directors unanimously voted to formally approve the separation agreement between the Monroe School District and Superintendent Dr. Justin Blasko. Now that both parties have reached mutual acceptance, Dr. Blasko's employment with Monroe School District will end at the close of business on July 31, 2022.

As a personnel matter, much of the board's work related to this issue required confidentiality. Now that we have final resolution, we want to share with you additional context about the school board's decision to negotiate a separation agreement with Dr. Blasko.

As publicly elected school board directors, we must protect the district and the taxpayers' interests. As such, we want our community to understand that after much consultation with legal representation, we believe the separation agreement with Dr. Blasko was the best option for the district as a whole.

Separation agreements are about compromise and bringing clarity and resolution to complex, challenging, and often nuanced situations. They are not necessarily about what might feel personally, morally, or ethically "right" to any particular individual within our school community. At the end of the day, the board has a responsibility to operate in the long-term best interests of the district and minimize current and future risks and liabilities on behalf of the taxpaying public.

While Dr. Blasko will receive one year's severance pay, which includes his full salary, cost of all benefits, and leave cashout, to be paid in full by August 31, 2022, this amount is significantly less than the amount that would have been owed under his existing three-year contract if no separation agreement was reached. Additionally, this amount will not impact the district's budget for the upcoming school year as contingencies were built into the 2021-2022 budget that will cover this payout. Most importantly, it also provides resolution so that we can move forward in a positive direction as a community.

Our other options, which we determined were ultimately not in the best interest of the district, were to:

We, as a board, felt that negotiating a separation agreement was our best option. We acknowledge that this has been a lengthy process that has been challenging for everyone involved. Now that we have resolution, it is our hope that this will help us all begin to heal as a district and community so that we can move forward together for the benefit of our students.

We sincerely thank you for your passion and support for our schools.