Jeremiah Campbell Sworn in as New Board Director 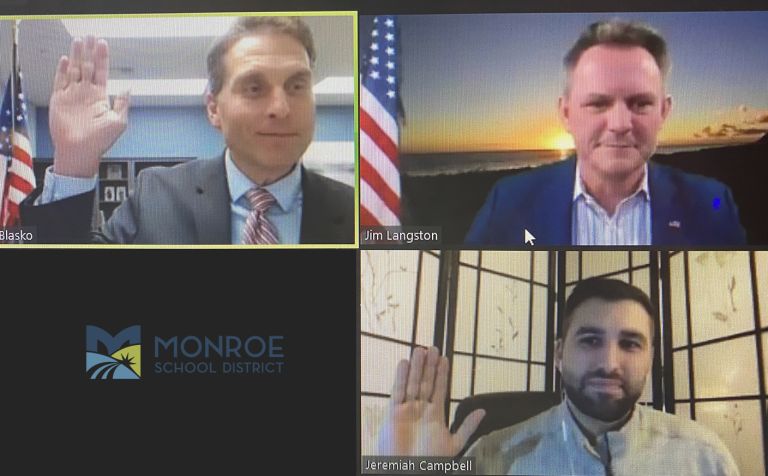 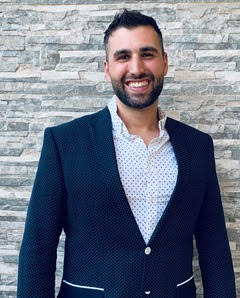 The Monroe School District Board of Directors welcomed Jeremiah Campbell as the newest board director at their meeting on Monday, February 8, 2021. After being selected by the board on February 3rd to fill the vacant Director of District 1 seat, Campbell was officially sworn in at the beginning of the February 8th meeting.

As the new Director of District 1, Campbell will occupy the seat until the next regularly scheduled election in November of 2021, at which time he will need to run in the general election and be elected by the voters if he wishes to continue serving on the school board.

After Shawn Anderson, the former Director of District 1, resigned in December, the board began the process of finding a replacement. An astounding twelve interested community members applied for the open director seat, and the board interviewed the five most qualified candidates via Zoom on February 3. Impressed with his extensive experience in education, the board ultimately selected Campbell as the new Director of District 1.

In addition to holding a doctorate degree, serving on various governing boards, and being bilingual & biliterate in Spanish, Campbell's experience includes teaching at all grade levels, educational coaching, and serving as a collegiate professor and administrator.

As an educator himself, Campbell says, "I understand the needs of teachers and the holes in public education that need to be addressed. I have a realistic understanding of the trajectory of K-12 public education and what is needed to prepare students for success in college and/or work to be productive members of society."

Beyond his extensive experience, Campbell is a parent of two students in the Monroe School District and therefore has a vested interest in being actively involved in the community's schools. With long-term plans to stay in Monroe as they raise their two young students, Campbell says he and his wife, who is also an educator, hope to make a positive impact by investing in their local community.

Issues with Online Employment Applications Over the Weekend

Over the weekend, our online employment application system experienced technical issues and all job applications that were submitted Friday through Monday were not saved. If you submitted an online application for an open position anytime on Friday, February 19 through Monday, February 22, it was not received by our Human Resources department. The technical issues have since been resolved and applications that were submitted over the weekend should be re-submitted. We apologize for the inconvenience. Open positions can be found here.