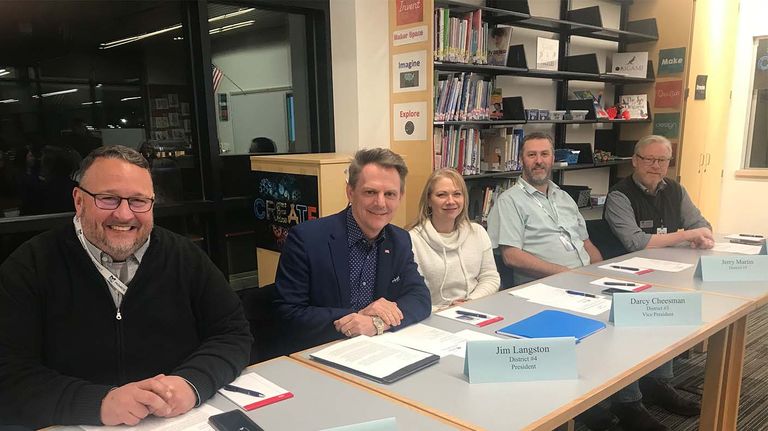 At the December 9, 2019 School Board meeting, a new Board member was sworn in and two re-elected directors took the Oath of Office.

Chuck Whitfield was sworn in after being elected to the Board as Director of District 2 in November. Whitfield is a third-generation School Board Director following in the footsteps of his father and grandfather. Whitfield firmly believes it is the duty of a citizen to serve in the community where they live and is excited to be given this opportunity and responsibility.

Director Shawn Anderson, was re-elected to serve as District 1 Director, and Jerry Martin as District 5 Director. Both re-elected directors also took the Oath of Office at the meeting. Anderson will serve on the Board for two years and Martin for four years.